a bit of background to where this all began 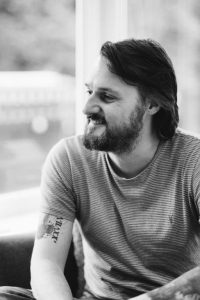 Jonathan Lee is a nationally shortlisted author who was born Yorkshire where he still lives today with his two children.

His debut novel, The Radio was shortlisted for The Novel Prize 2012. He has spoken in schools, colleges, prisons and universities about creative writing and storytelling and appeared at various literary festivals including Sheffield’s Off the Shelf and Doncaster’s Turn the Page festival.

His second novel, The Page was released in February 2015.

His much anticipated third novel, A Tiny Feeling of Fear was released in September 2015 and tells the story of a character struggling with mental illness. All profits from this novel are donated to charity to raise awareness of mental health issues. This was accompanied by the short film, Hidden which was directed by Simon Gamble and can be seen here.

In 2016, he signed for boutique publishers, Hideaway Fall and his fourth novel Broken Branches was released in July 2017, winning book of the month in Candis magazine for September.

He is a tireless campaigner for mental health awareness and writes his own column regularly for the Huffington Post. He has recently written for the Big Issue and spoken at length about his own personal struggle on the BBC and Radio Talk Europe. His fifth book, the critically acclaimed Drift Stumble Fall was released in Spring 2018.