M. Jonathan Lee is a nationally shortlisted English author. His debut novel, The Radio was nationally shortlisted in The Novel Prize 2012. He had released three further novels, The Page, A Tiny Feeling of Fear and Broken Branches. His fifth novel, the critically acclaimed Drift Stumble Fall was released in Spring 2018, published by Hideaway Fall.

Latest from the blog

Lots of people have asked for a link to the film “Hidden” which is based on my book A Tiny Feeling of Fear. It was directed by the super talented Simon Gamble and can be seen here.

Hi All Firstly, I just wanted to say thanks for your patience. Those who know me on a personal level will understand just how difficult the last year has been. I have totally backed out of social media and to an extent out of life. Anyway, things are on then up and I began writing […]

HuffPost #4 – New article “Learning new things about myself every day.”

Here’s a link to a new article I wrote for the HuffPost. Hope you like it. Joff https://www.huffingtonpost.co.uk/entry/tiny-tiny-steps-that-lead-to-enormous-strides_uk_5acfa2b0e4b03a27833ae475

#bookbloggers should be bathed in goats milk each and every day

Hey everyone Reading back through my recent blogs, I note they all ominously begin with some backward apology for taking so long to write anything. Blogs are one of those things where you need to keep up to date and get everything down as you go along, or like me, you forget things and ultimately […]

Hi there Fortunate enough to feature in this month’s Big Issue. Have a look here. Take care all Joff

Broken Branches is out.

Hey all With all that’s going on just now, I actually forgot that my fourth novel Broken Branches came out at the end of last week! It’s here: Broken Branches And I’ve been fortunate enough to get some great reviews so far. Thanks as always for your support. If you have any feedback you can […]

In mid-2016 we filmed a documentary that became “Hidden” which is loosely based on A Tiny Feeling of Fear. It was directed by Simon Gamble and features an honest appraisal of depression and anxiety. I hope it is a story of hope. I love this film, not because I’m in it, but because of the way […]

Hi All I don’t think that spbeen is actually a word. I’m not sure how I go about getting it into the dictionary. I’ll add it to my list of things to do. So, just an update more than anything. We have a release date for my new novel, Broken Branches which appears to be […]

Hi everyone It’s been a while – which I’ll explain in a separate post in about 30 seconds. It’s Mental Health Awareness Week, and I’ve written two mental health pieces for the Huffington Post which I am proud to say have been published. The first deals with the role of ‘celebrity’ in helping to remove […]

Buy on
Kindle or
Paperback 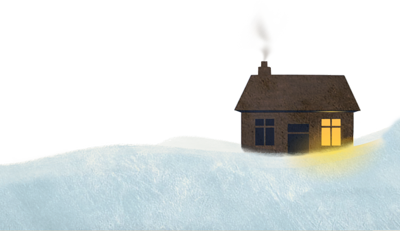